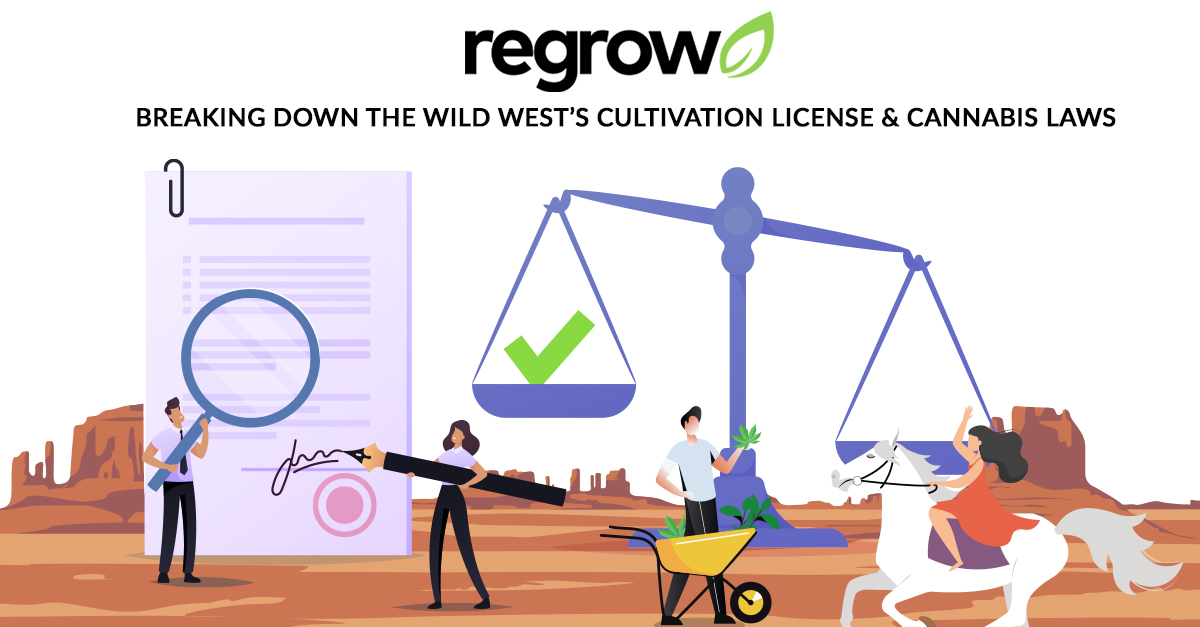 When it comes to cannabis law and compliance in each state, it is easy to get confused, overwhelmed and downright exhausted trying to grasp onto the ever-changing dynamics of the industry. To ease these complexities, we’re breaking down cultivation license and cannabis laws by state – starting with the west coast.

The western part of the United States is one of the most progressive areas in the country in regard to cannabis. After all, Washington, California, Nevada and Oregon all rank as top cannabis-friendly states. But laws for using cannabis, growing cannabis and making products are much different. So, let’s break it down.

In a proposal that garnered support from nearly 60% of Arizona voters, the state officially legalized cannabis for adults over 21 years of age in November 2020. Through Proposition 207, adults can possess up to 1 ounce of cannabis. Additionally, Arizonans can now grow six plants in their residences. Plus, as of July 12, 2021, anyone arrested for, charged with or convicted of less serious cannabis-related offenses can petition to have their criminal records expunged.

When it comes to commercial cultivation, Arizonans have to obtain a Marijuana Establishment License. Once you obtain this license, you can “add on” a cultivation site option. At this site, you may cultivate, infuse and prep products to sell at a dispensary and there are currently no size restrictions.

The CalCannabis Cultivation Licensing organization is responsible for licensing cultivators of medicinal and adult-use cannabis. This division also manages the vital track-and-trace system from cultivation to sale. There are 17 different licensing types to choose from depending on size, goal and revenue. However, large cultivation licenses will not be approved until 2023.

In terms of consumption and carry laws in California, you must be 21 or older to have, purchase or use recreational cannabis. Additionally, you may carry up to an ounce of cannabis plant material and eight grams of concentrated cannabis.

Idaho
Idaho cannabis law classifies cannabis as a Schedule I drug, meaning it cannot be prescribed, manufactured, distributed, or possessed for any reason. As of July 12, 2021, however, activists in Idaho submitted a revised ballot initiative to legalize it in the state. While this is a big step forward, the initiative would be limited in scope. Some of the key takeaways are allowing possession of up to three ounces of cannabis, for those over 21 years old, on private property.

In January 2022, Montana residents will be allowed to purchase recreational cannabis. However, there is some worry about supply coming this new year.

Nevada is one of the most progressive cannabis states in the country, those 21 and over may possess up to one ounce of bud, or an eighth of an ounce of cannabis concentrate.

Professional cultivation facility licensees can grow, process, and package cannabis that can then be sold to stores, manufacturing facilities or other cultivation facilities. The Nevada cultivation application is $5,000, plus additional costly fees. To cultivate on a personal level, the grower must live more than 25 miles from a licensed dispensary and can grow up to six plants.

In Oregon, legal cannabis is old news. Since 2014, the state has allowed adults 21 and older to possess and use cannabis purchased from a dispensary, and medical marijuana has been legal since 1998.

For cultivating the plant, you must apply for a Recreational Producer License, be 21 years or older and pass a criminal record. It is expected that you provide a detailed record of the operation, such as name, legal entity, and registration number.

Another west coast state that has been on the cannabis map for some time is Washington State. Anyone over the age of 21 can buy up to an ounce of buds, 16 ounces of edibles, 72 ounces of liquid, and 7 grams of concentrates.

A Marijuana Producer License is one of three license options for the business side of the plant. With this license, a producer can grow, at max, one and one-quarter of a year’s harvest for outdoor grows, or six months of annual harvest for indoor grows. Also, the tier of a license can be reduced if fifty percent of production space is not met by the end of the first year of operation. The application fee is $266 and the renewal fee is $1,062.

The Wild West of the United States continues to set the standard for cannabis cultivation licenses and cannabis laws around the country. For those interested in obtaining a license to grow, this is just the first step in a long road. While getting cannabis from cultivation to the customer might seem cut and dry, the journey can be cumbersome. Hand this road map over to Regrow, we understand this industry inside and out to get your product through the supply chain from seed to sale, giving Cannabis operators confidence to maximize yields, align to market demand while remaining compliant.

Join our newsletter so you never miss a blog, news article or announcement.